Worldflight Perth consists of two fixed based simulators, a 737-800 with the callsign of “Velocity 738″ owned by Gwyn Perrett of Aerosim Solutions and a 747-400 with a callsign of “Giant 1471” owned by Greg Hately, both based in the sleepy suburbs of Perth Western Australia. Both owners and their crew of pilots are mad about all things aviation however the main focus is the first week of November each year when we fly the baby Boeing and the Queen of the skies around the globe for Worldflight.

Worldflight 2020 raised $11,852 AUD for The Royal Flying Doctor Service of Western Australia.  We’re very proud of the effort of our pilots and supporters and look forward to another healthy total in 2021.  Worldflight 2018 was the most successful yet for the Perth crews with a final tally of $12,544.99.  Thank you to all supporters for their generosity and faith in us to complete all legs of the journey each year. 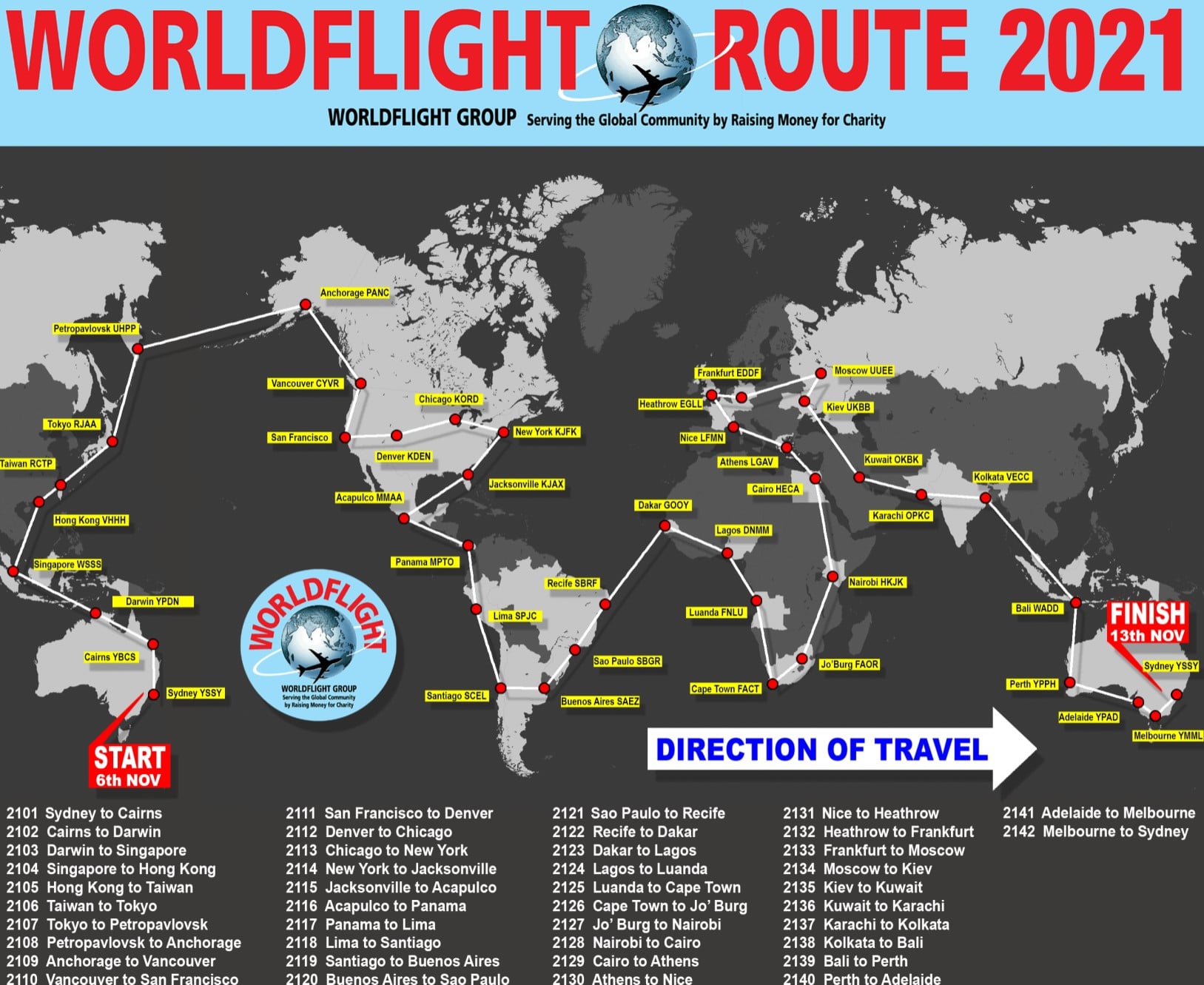 Worldflight Perth wishes to thank all contributors and supporters for their kind donations over the year and during the week of the event.

WorldFlight is a virtual round the world flight for charity held in the first week of November each year.  Since its inception in 2000 Australian crews have raised over $200,000 for The Australian Royal Flying Doctor Service. These funds have been directed to specific projects at the RFDS including Fly Around Clinics, Avionics and Navigation Equipment for their Pilatus PC12 aircraft. Each year more and more Fixed Based Simulators join in the round the world flight, each of them raising money for their own elected charity. Since WorldFlight started in 2000 we have had cockpit simulators from Ireland, Scotland, England, Germany, Austria, Canada and the USA accompany the Australian teams on the fundraising flights.

The flight is conducted in an online environment on the VATSIM network and is joined by several other full cockpit sims based in Australia and overseas. Virtual Air Traffic Services (ATC) is provided for the flights by VATSIM members around the world and also from the dedicated WorldFlight ATC centre located at Chipping Norton in Sydney Australia. The flights are conducted over a 7 day period flying 24 hours a day and is operated in real time as a regular airline would. One hour turnarounds are scheduled after each sector to allow for crew briefing and cockpit preparation for the next sector. During the seven days the crews visit 45 airports and cover some 40,000nm.